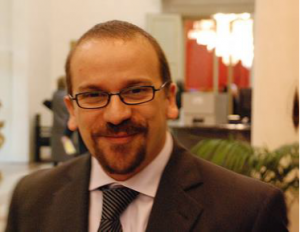 Biography
Prof. Dr. Lorenzo Moroni studied Biomedical Engineering at Polytechnic University of Milan, Italy, and Nanoscale Sciences at Chalmers Technical University, Sweden. He received his Ph.D. cum laude in 2006 at University of Twente on 3D scaffolds for osteochondral regeneration, for which he was awarded the European doctorate award in Biomaterials and Tissue Engineering from the European Society of Biomaterials (ESB). In 2007, he worked at Johns Hopkins University as a post-doctoral fellow in the Elisseeff lab, focusing on hydrogels and stem cells. In 2008, he was appointed the R&D director of the Musculoskeletal Tissue Bank of Rizzoli Orthopedic Institute, where he investigated the use of stem cells from alternative sources for cell banking, and the development of novel bioactive scaffolds for skeletal regeneration. From 2009 till 2014, he joined again University of Twente, where he got tenured in the Tissue Regeneration department.

Since 2014 he works at Maastricht University, where he is a founding member of the MERLN Institute for Technology-Inspired Regenerative Medicine. In 2016, he became full professor in biofabrication for regenerative medicine.

In 2014, he received the prestigious Jean Leray award for outstanding young principal investigators from the ESB and the ERC starting grant. In 2016, he also received the prestigious Young Scientist Award for outstanding principal investigators from TERMIS. In 2017, he was elected as faculty of the Young Academy of Europe and in the top 100 Italian scientists within 40 worldwide by the European Institute of Italian Culture. Since 2019, he is chair of the Complex Tissue Regeneration department and vice-director of MERLN. From his research efforts, 3 products have already reached the market.

Abstract
A key factor in scaffold-based tissue and organ regeneration relies on enhancing (stem) cell-material interactions to obtain the same original functionality. Different approaches comprise delivery of biological factors and surface topography modifications. Although both strategies have demonstrated to amplify cell activity on biomaterials, they are still characterized by limited control in space and time, which may impede the proper regeneration of complex tissues. Here, we present a few examples where the converging biofabrication technologies allowed the generation of a new library of 3D scaffolds with tailored biological, physical, and chemical cues at multiple scales. By engineering their topological properties, these porous biomaterials influence the activity of seeded cells, thereby initiating the regeneration of targeted tissues. Future efforts should aim at further improving our understanding of scaffold topological properties to achieve a fine control on cell fate. This will enable the regeneration of complex tissues including vasculature and innervation, which will result in enhanced in vivo integration with surrounding tissues. By doing so, the gap from tissue to organ regeneration will be reduced, bringing regenerative medicine technologies closer to the clinics.